Well, well, well. Vin Diesel’s got the #1 movie in the country, Bruce Willis has a Victoria’s Secret model wearing his ring, Bald is being declared “cool” in the papers, and all of a sudden everybody’s breaking out the clippers in a race to the bandwagon.  Case in point: 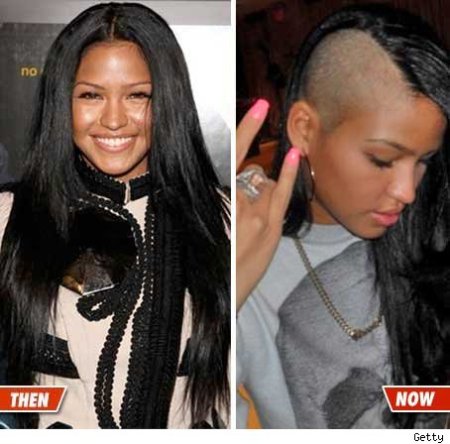 What?  You don’t recognize her?  Why, that’s pretty-girl-who-wants-to-be-a-singer-and-an-actress-and-a-princess Cassie, who decided to try and catch some of that current Bald Heat for herself…  but apparently thought she could get away with just a little on the side.

Nah, sister.  No matter what your Haired Svengali Puff Diddy thinks, you can’t just sample Bald.  You want to sell albums, you go all the way. Otherwise, you’re trying to play both sides of the court, and let’s face it:  you’re no Michael Jordan.

How To Be A Player.

(That’s not to say we’re above posting a gallery of her.)

This entry was posted on Sunday, April 12th, 2009 at 1:06 am and is filed under Bald Sinners, Baldwagon, Glossary. You can follow any responses to this entry through the RSS 2.0 feed. You can leave a response, or trackback from your own site.