SPLIT ENDS: In a Panic, Statham Agrees to “The Mechanic” 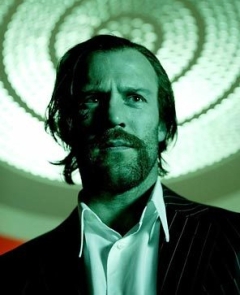 If “Crank 2” didn’t give you enough Bald for your buck, you won’t like the sound of this:  desperate to retool his gears after dropping a box-office lemon, Jason Statham just signed on to a remake of Michael Winner’s Hair-heavy 1972 actioneer “The Mechanic”.  In it, he’ll take on the flip-haired character originally played by the legendary Charles Bronson.

Watch this video of Bronson’s Hair in action, and tell us this role wouldn’t be more fitting for “Crank”-conqueror Zac Efron instead:

Real good choice, Hairywood.  In any event, it remains to be seen how the Wannabald will handle his head this go round:  has he learned his lesson?  Will he finally trim down?  Or totally wig out?

The Bald’s in your court, Mr. Statham.

This entry was posted on Wednesday, April 22nd, 2009 at 6:25 pm and is filed under Bald Sinners, Balds In The News. You can follow any responses to this entry through the RSS 2.0 feed. You can leave a response, or trackback from your own site.

One Response to SPLIT ENDS: In a Panic, Statham Agrees to “The Mechanic”